Horizon began while archiving and digitizing family 8mm movies. Many of the films were made on vacations to the beach and I became enamored by the ocean and sky which seemed at times to be the real focus of the recordings.

Digitally stitching the frames of ocean and sky to create a panorama allowed me to reimagine what it might be like to look out at the same scene.

After transferring the image directly onto the wall at eye level, the horizon line was extended by hand using a mixture of powdered blue chalk and water to incorporate the entire space.

If touched, the chalk would fall from the wall or come off onto the participant’s hand. Visitors were encouraged to touch the line, image, and walls.

As parts of the line and image was damaged, it was repaired with the same chalk mixture until deinstallation, when it was removed with water. 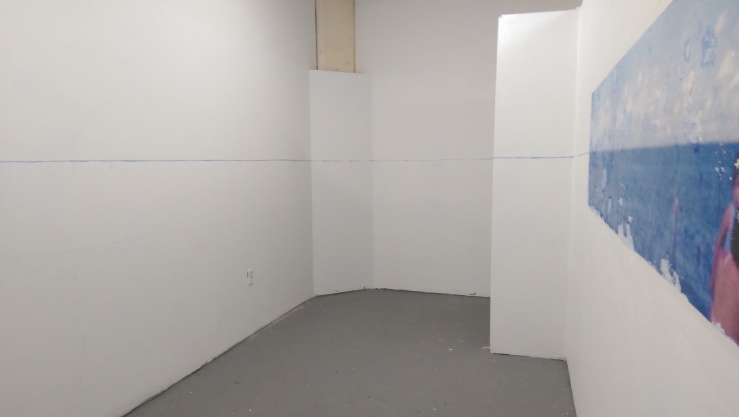 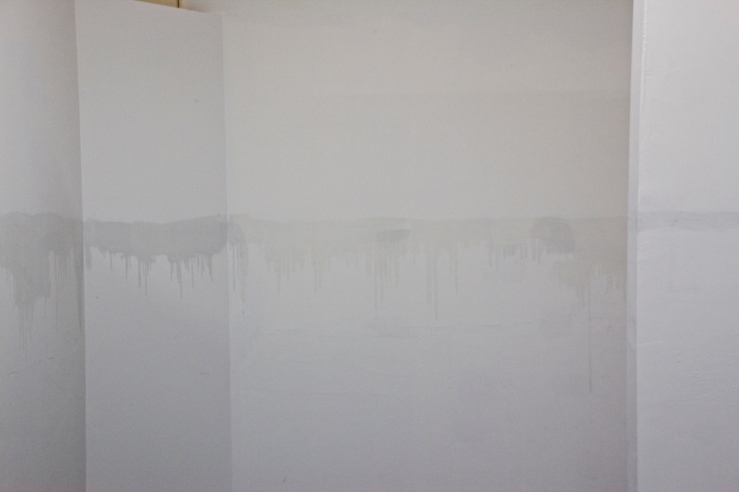